TinyMLx Course 3: [Post 2] - Find a Team for a TinyML Project

If you haven’t found a partner or team yet, and would like to, this is a thread dedicated to that end, wherein you can look for or find a development team, either by technical strength or project category.

We are thrilled to see how much the TinyML community has flourished of late and expect that our community will continue to play a meaningful role in pushing at the boundaries of what’s possible and think that collaboration is a key to doing just that. But, collaboration isn’t a requirement, nor does collaboration constitute an advantage for groups when it comes to project evaluation in the context of prizes. Individuals who wish to work alone may and will not be penalized when comparing technical or creative accomplishment.

After you have formed a team, you are welcome to create a separate thread on Discourse to discuss a project, or call on your preferred communication tools (Slack, Zoom, GitHub, et cetera).

Feel free to approach matching however you’d like, but it may be helpful to indicate the following in a post:

If you happen upon a post that seems like a good match, don’t hesitate to reach out!

Please do not create separate threads with a redundant purpose

Allow this to serve as the official thread for TinyML project team formation.

I have an idea for a project and would like to know if anyone else is interested to start a team effort. It is somewhat personal so I should mention a few things about myself. Firstly I am not in my first flush of youth having just celebrated my 74th birthday. I was a career anesthesiologist for 35 years and very interested in data acquisition. My programming skills are broad but self-taught mainly as a means to various research projects I was involved in during the academic bits of my medical career. Since retiring I have completed a number of courses at Edx and also played with arduinos and rpi.
My project arises from frustration due to partial deafness which has been developing over the past 10-15 years. I am currently using aids to compensate for high and midtone loss of about 50db. During lockdowns one has been indulging in streamed media often. In both film and television presentations I find that the signal processing of my hearing aids seems to react with the director’s preference for continuous background music even during dialog to ensure that even with amplification the dialog is obscured by the sound effects and musical score.
During ‘Applications of TinyML’ we were introduced to spectrograms for key word spotting. It occurred to me that this technique might be aplied to enhance the dialog and increase everyone’s pleasure in drama presentations.

I got my wife a TV soundbar from them for Christmas. We no longer need subtitles. Maybe those “proprietary techniques” they are talking about involve a neural network model.

What is AccuVoice? AccuVoice is the trademarked name for patent-pending technology that lifts voices out of soundtracks to make them clear and understandable. AccuVoice works much like hearing aid technology, but uses a much more advanced...

Thanks for this. It certainly would make sense for someone to develop this technology because I am not imagining this problem. I would prefer a system that will output digital sound format to bluetooth because my wife and I need radically different sound levels. I will take another look at what is available.

Hi, I’m Bruno Bonzano and I just finished the three courses of tinyML on EDx.
My idea is to create a smart door for large dogs (like this one

),
that doesn’t allow people to enter in the houses. I had this idea because I needed it for my dogs, but I was afraid of possible thieves who could enter in the house, as the door is large enough for a person to pass through. I asked to my vet, but she doesn’t know any door like the one that I wanted. I also searched on internet, but I found only one door of this type (Petsafe-elettronico-Intelligente-Porta-Grande), but it is very expensive and it isn’t as secure as I wanted it. I have some ideas to improve the safety of this door, but I would like having a person who could help me. I think that it could be a project with great potential, because there aren’t doors like this, and I think people who have large dogs may be concerned about security issues with normal doors. Let me know if anyone is interested in this project, thanks.

@olacadabra, I know what you mean 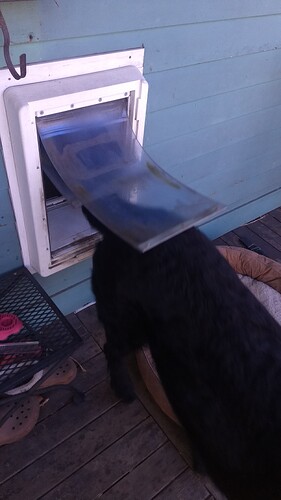 It is so big that if we lock ourselves out of the house, my wife can crawl in. This door has a sliding panel on the inside. I suppose you could mount a long screw and use a little motor like a 3d printer uses for its z axis. We trained our dog to ring a bell when he wanted to go out but it would be a challenge to train him to wait til the door is fully open before charging through.

It is so big that if we lock ourselves out of the house, my wife can crawl in. This door has a sliding panel on the inside. I suppose you could mount a long screw and use a little motor like a 3d printer uses for its z axis. We trained our dog to ring a bell when he wanted to go out but it would be a challenge to train him to wait til the door is fully open before charging through.

My idea was to use a servo motor to lock/unlock the door: something like this 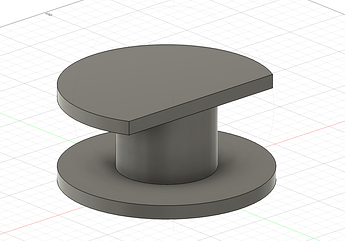 Your idea seems like a very good way to become more comfortable with the tools and techniques provided by the TinyMLx course. Since keyword spotting demonstrated a likely approach, it would be interesting to see how far we could get in that short period. I would enjoy participating if you are going forward on this path
.

Thank you for your expression of interest. I have actually bought the ZVox system and it does do what they claim in terms of emphasizing speech and supressing background music during dialog, After trying it for a short while have discarded it for the time being because my wife who has normal hearing finds the frequency shifting distortion uncomfortable. I also was not 100% happy with it because I was unable to control the volume independently.
In theory one could use the input and output signals from the device to train a network model whose weights one could then tweak to personalise the sound quality. At present I do not have a timeline for this project because of others already in progress. Let me know if you are really anxious to pursue it in the near future.

I would love to help! How do you like to proceed?

I’m working on this project with a guy, but if you want, you can join us. We are writing each other on private messages, so tell me if you are interested.